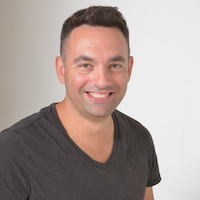 I am an Assistant Professor of Computer Science at Brown University. My research encompasses systems, programming languages, and security—focusing on automatically enhancing software systems with new capabilities. This enhancement forms a transition path towards secure distributed environments targeting multiple scales.

I am also a research affiliate at MIT CSAIL; a Co-Founder and Chief Technology Officer at Require Security; and a member of the Technical Steering Committee behind PaSh, a shell-script parallelization project hosted by the Linux Foundation.

I draw immense enjoyment from collaboration and mentoring—including finding passionate people, growing together, and achieving common goals. Feel free to reach out below!

Feb.2022: Michael, Konstantinos, and I are organizing a PaSh research retreat/hackathon at CSAIL—please join us!

Feb.2022: Felix Stutz from MPI SWS is joining the group for a six-month research visit

Dec.2021: Serving on the EdgeSys22 PC—visit Rennes, France, by submitting your most exciting work!

Oct.2021: Tammam Mustafa is joining the group for his M.Eng thesis on distributed PaSh extensions

I enjoy work that is highly collaborative, serves everyday developers, and has real-world impact!

Automating Protections Against Software Supply-Chain Threats: Modern software incorporates thousands of dependencies as a means of accelerating its development and reducing its cost—at a significant risk to safety and security for both developers and end-users. We have built a series of systems targeting the JavaScript dependency ecosystem—the largest such ecosystem out there—automating the analysis, transformation, and synthesis of JavaScript dependencies across a variety of threat models.

Automating Shell Script Parallelization/Distribution: Shell scripting is used pervasively, partly due to its simplicity in combining components (commands) written in multiple languages. Unfortunately, this language-agnostic composition hinders automated parallelization and distribution, often forcing developers to manually rewrite shell programs (and their components) in other languages that support these features. We have built a system, PaSh, and several extensions and sibling projects that offer automated parallelization (and, soon, distribution) of Unix/Linux shell scripts—along with serious correctness and compatibility guarantees.

Automated Transformation Towards Secure Scalable Computing Paradigms: Recent trends are pushing developers towards new paradigms of secure and scalable computing—e.g., confidential computing, microservices, serverless computing, and edge computing. Transforming a conventional program to leverage these paradigms is a laborious manual process that can lead to suboptimal performance and in many cases even break the program. We are developing systems supporting this kind of decomposition and leveraging special hardware capabilities when these are available in the network.

Before Brown, I was a research scientist at MIT CSAIL after a postdoc there with Martin C. Rinard. I completed a PhD in Computer and Information Sciences at the University of Pennsylvania, advised by Jonathan M. Smith. During my time at Penn, I worked extensively with André DeHon and many collaborators from the Distributed Systems Lab. I hold a B.Sc./M.Eng. in Computer Engineering and Informatics from the University of Patras, Greece—and have spent several years building systems at VMWare, TJU, and other institutions.